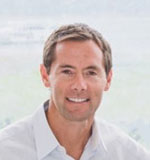 Bret Stone is a founding partner of Paladin Law Group.  Mr. Stone has been working on environmental issues for over 20 years.

The depth of his experience includes responding to environmental problems (e.g., pollution or other forms of environmental contamination), risk management and regulatory compliance, cleantech and green businesses, green building, climate change, and sustainability.

For a developer, he successfully negotiated immunity for environmental liability under the first agreement of its kind under the California Land Reuse and Revitalization Act (“CLRRA”) with the Regional Water Quality Control Board – Central Coast Region.

He is also recognized for his success in representing insurance policyholders and, through insurance archaeology, bringing historical insurance assets to the table to cover environmental, asbestos, and products liability claims.

Further, for his clients working in global markets, Mr. Stone has experience working through international laws and regulatory directives in Europe and Asia.

Named in the “Who’s Who in Professional Services,” Pacific Coast Business Times, 2006-2017

Listed as one of the top “40 Under 40” business leaders, Pacific Coast Business Times, 2006

Santa Barbara County Bar Association
“The New Energy Usage Disclosure Mandate of AB 1103 – What Should Owners/Brokers/Managers (and their Lawyers) Do, and When?”
Speaker, November 2011

London School of Economics
“Corporate Responsibility When Catastrophe Strikes – An Expert Legal Panel Looks at Who Pays and Why”
Speaker, October 2010

Strict Criminal Liability For Environmental Regulatory Violations: Is There Anything A Defendant Can Do?, Envtl Strategies for Real Estate, Dec. 1996