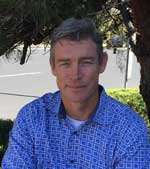 John Till is a founding partner of Paladin Law Group and also serves as the firm’s managing partner.

In addition to his environmental law practice, Mr. Till represents his clients in connection with identifying, locating and obtaining the benefits of insurance policies, including auto, general liability, excess and umbrella, and environmental liability policies through insurance archaeology, negotiations with insurance companies, and when necessary, litigation.