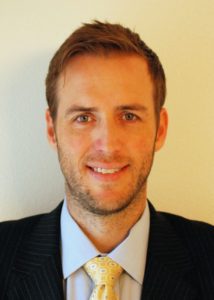 Kirk Tracy is a partner at Paladin Law Group.

Mr. Tracy has extensive remediation experience on sites with soil and groundwater contamination. He has significant experience in handling hazardous waste litigation, including Comprehensive Environmental Responses, Compensation and Liability Act (“CERCLA”), Resource Conservation and Recovery Act (“RCRA”), public and private nuisance abatement, and trespass in both federal and state courts.

Prior to joining the firm, Mr. Tracy was an Environmental Law and Policy Graduate Fellow at the Association of Clean Water Administrators in Washington, DC were he gained regulatory and policy experience.

While at Tulane Law School, he was Editor in Chief of the Tulane Environmental Law Journal and was a student attorney in the Environmental Law Clinic, where he presented oral argument at the United States Court of Appeals for the Fifth Circuit.

He also has professional experience in IT Consulting, working on large-scale projects around the United States.

He is conversant in Spanish.

Chapter 6:  Water, in International Environmental Law: The Practitioner’s Guide to the Laws of the Planet (2014).